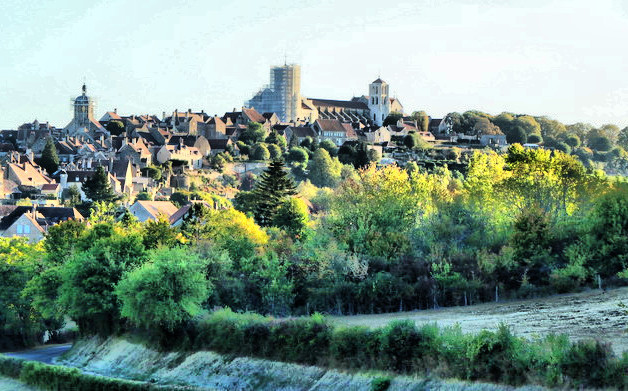 The Way of Vézelay

In France there are several signposted paths for pilgrimage to Santiago. From west to east we find the Paris Road and Tours that it's called via Tourss, then we find the Path coming from Vézelay and Limoges that it's called via Limousin, further east the Path starting at Le Puy en Velay or Via Podiensis, Then in Arles begins the Via Tolosana, finally in Narbonne o Carcassonne we can start the Route from Piemonte to Santiago. All these roads can start points of other countries because the road network in Europe is great, so for example if you start the Camino in Geneva follow up Le Puy and if it starts in Brussels follow by Vézelay. There are maps showing the huge network of routes from all Europe to Santiago. 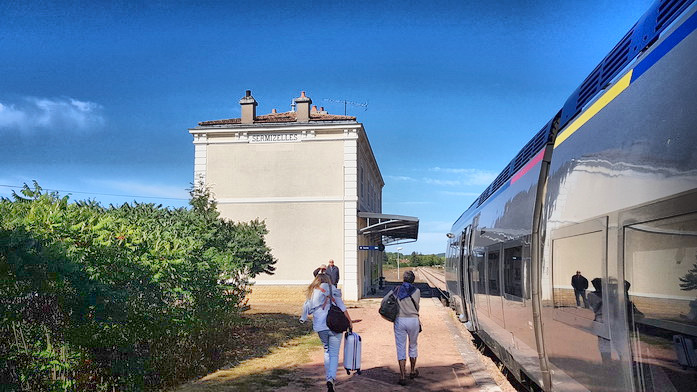 In 2013 I did the Le Puy en Velay trail which of all the Roads in France is the most touristy. I collect in another post my trip in of Road to Le Puy.

The Path that comes from Rome can enter France along the blue coast or the Alps and joins the Camino de Arles. You have my impressions in another post of Way of Rome that enters through Alpes. 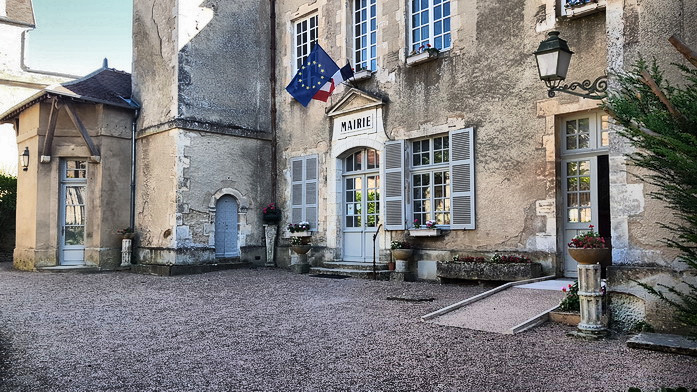 It should be noted that Paris roads and Vézelay enter Spain by Roncesvalles and those of Le Puy, Arles and Narbonne por Somport. There are also parallel routes to the Pyrenees that allow you, for example come from Paris and enter through Irún or follow the Arles Trail and enter through Roncesvalles. You can design your route with several alternatives. 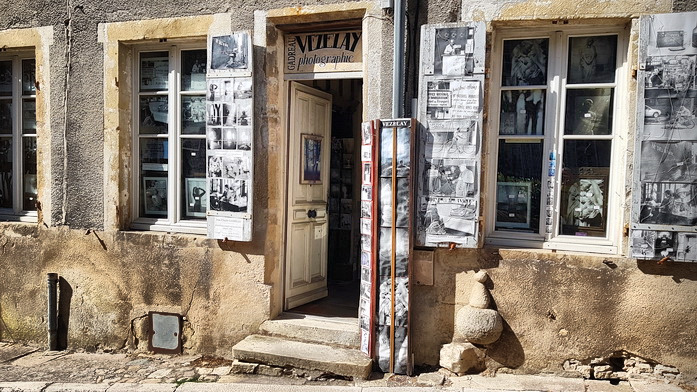 In 2019 I decided to start the Vézelay road but when doing it in the autumn I knew that I could not do it completely in France because the weather was going to be wintry and because most of the albergues closed until spring. I could get from Vézelay until The Réole and there I left it until the next opportunity. In total I made some 650 km a 29 stages. 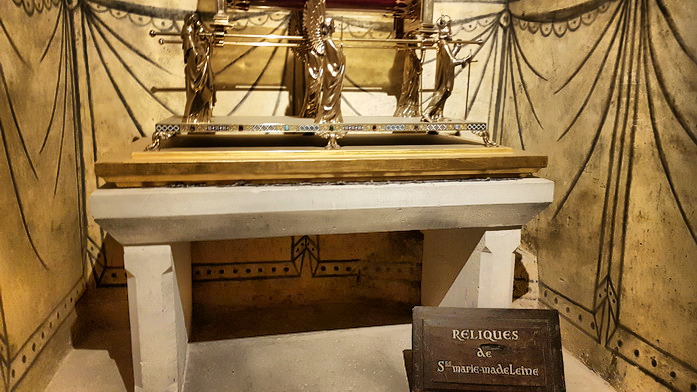 Like the rest of Roads from France this Road offers variants at various points and detours to the others Roads. Already at the beginning in Vézelay you can choose to go on a north route that goes through Bourges or a southern route that goes by Nevers. These two routes unite in Gargilesse. Later, in Perigueux You can also choose the north or south route to Sainte-Foy la Grande. You can also decide to go to Rocamadur y al Road to Le Puy since Bless the abbey. The network of Roads allows you to make your own route. 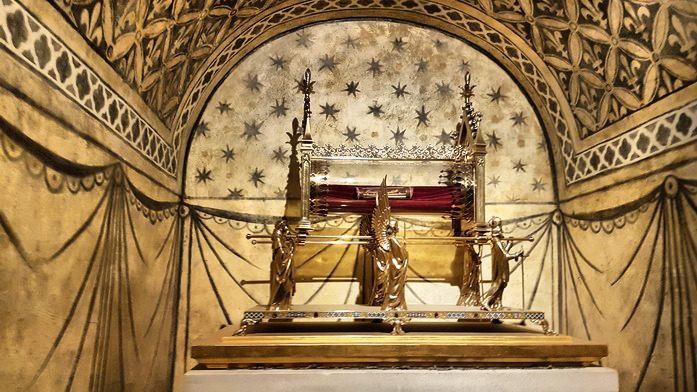 As I already indicated this Road not as touristy as the one in Le Puy and sometimes you have to get away from it to spend the night, so I recommend the use of GPS.

You can buy the pilgrim's passport, la Credential, in Vézelay or bring one from Spain. French is a Creenciale It is indicating that you are a believer. If you want to continue Camino in Spain I recommend that you buy two Credentials so you can fit the stamps of your entire trip. 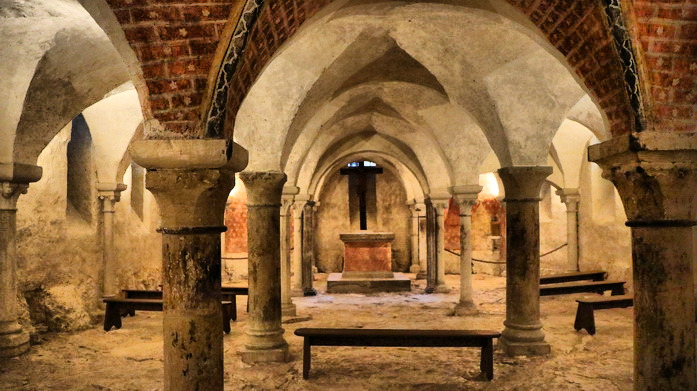 Vézelay it's called the eternal hill and it is a beautiful medieval town on top with very few buildings in the surroundings so it is like in the middle ages. In 2019 the cathedral was undergoing renovations of the porch so it could not be seen in all its beauty, I recommend going when they finish as it is like in Compostela, an entry with an inner gantry. In the crypt are the relics of Mary Madalena in a starry environment. The Romanesque style is the main cathedral. There are various websites of this beautiful cathedral with extensive descriptions. 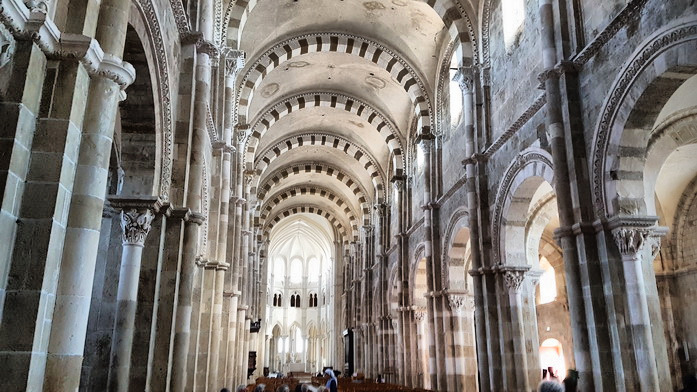 In Vézelay there is a hostel and office friends of the Camino, in both places you can find information and buy Creanciale.

In the morning, early friars and nuns pray and take advantage to make the pilgrim's blessing. 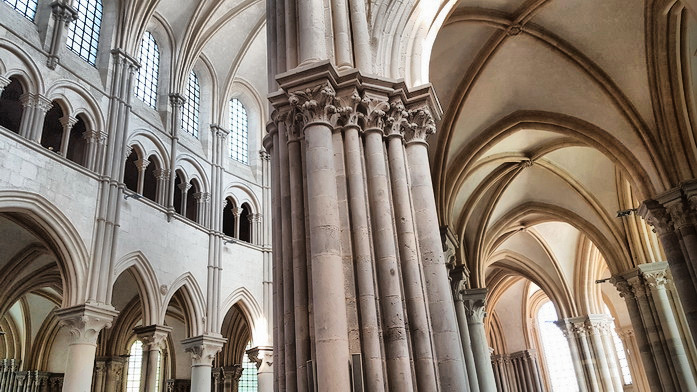 Just out of Vézelay you have to choose between following the Camino de Norte for Bourges or opt for the South Nevers. I chose the north one because I wanted to visit the cathedral of Bourges which is one of the largest in France. It has five doors on the main facade and therefore sometimes called the biggest but there are other higher. Nevers, Southern route, has the museum of Bernardette to which the Virgin mary in Lourdes. In distance they are almost identical, that of the slightly longer south. 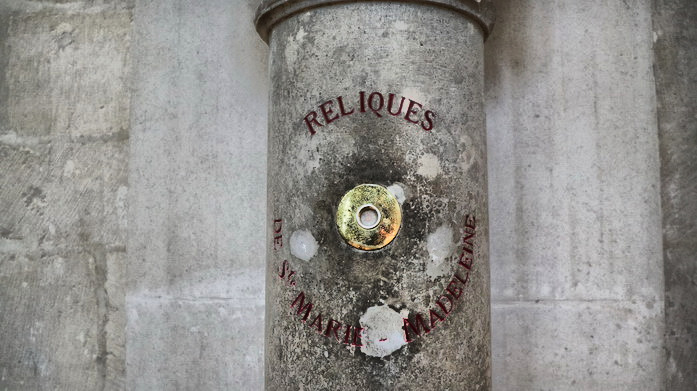 The guide of Miam Miam Do Do y la de Lepere me acompañaron todo el trayecto.

As usual use GPS and I have uploaded my tracks to Wikiloc where am i the user jose ARROBA todocaminosantiago.com

You will find the videos of this Camino in YouTube

All the Camino de Vezelay between Vezelay and La Reole

More than 15 thousand kilometers on the Pilgrimage Paths represent more than fifteen million steps and many people known and loved.